All automatic swimming pool safety cover systems have the same basic design which consists of a flexible cover material, a roll up drum, a tracking system with rope take up reels and a powertrain.

There are two basic powertrains for an automatic swimming pool safety cover system; the first being an electric gear motor driven and the second being a hydraulic fluid driven.

You can place your order now if you want to buy automatic pool covers. 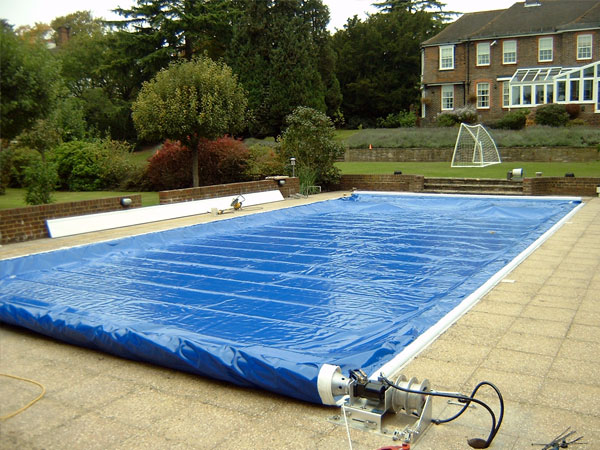 Electric motor driven – This type of system is driven by any number of brands and sizes of electric gear motors (suited for the size and configuration of the pool cover) placed at the drive end of the mechanism.

The gear motor turns in the direction of desired cover travel. Switching of direction is accomplished by a simple set of reversed single-dog gears and a double-dog gear. Adjustable torque-limiting devices are used to limit stress on the system at the ends of the covers travel as well as acting as stop sensors.

The electric motors being used by today's manufacturers are designed especially for this application and are completely submersible, so water damaged motors have become a thing of the past.